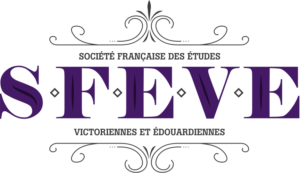 The adjective “popular” pertains to three main fields: the social and sociological one (related to the working class and the “people”, in accordance with its etymology), the literary and generic one (popular art and culture), and, broadly, that of reception, when “popular” means well liked, or in vogue and fashionable. It is a wide-ranging, multi-layered, ambivalent, and ideologically connoted notion.

It is used to designate literary and cultural productions that sharply distinguish themselves from more “canonical”, classical, scholarly and highbrow ones. Popular works and texts are “intended for or suited to the understanding or taste of ordinary people”, “as opposed to specialists in a field” (OED entry 4.a), and they encompass “forms of art, music, or culture with general appeal; intended primarily to entertain, please, or amuse” (OED, entry 7b). Popular art, whether or not produced by “the people”, is meant for “the people”, hence the crucial role of “popular” (low-priced) editions and of periodicals as the vehicles of these popular forms of writing in the Victorian period.

The notion constantly hovers in the collective imaginary between the positive (when it is seen as a common, vigorous, level-headed heritage shared by the people), and the negative, as cheap, lowbrow, unrefined, or even vulgar and “plebeian”. Popular culture has, however, amply been rehabilitated by Cultural Studies from the 1960s onwards. Therefore, the aim of this conference is not to contest traditional critical distinctions between “high” and “low”, or to study the forms and modalities of popular literatures and cultures against the aesthetic, intellectual and social norm of the “high”. Our aim, rather, will be to focus on these popular forms of culture for their own sakes. From the mid-nineteenth century onwards, the dramatic increase in literacy rates, the wider and cheaper circulation of books and newspapers, and the growing interest for reading this fostered, created a high demand for popular works across the social spectrum. This was a particularly favourable context for the emergence and development of popular forms, formats and practices of reading and writing, and the aim of this conference will be to explore the conditions for this emergence and development in the Victorian and Edwardian periods from complementary perspectives.

The organizers wish to address the various modalities of these writing and reading practices, together with their roles, social significance, and the diverse and sometimes heterogeneous motivations accounting for their emergence and development. These popular forms and practices of reading and writing could have an improving mission; besides, they were frequently vehicles for sociability and integration, strengthening the family and communal fabric and a sense of belonging. Or, alternatively, they could also respond to more individual needs and be escapist pastimes and forms of entertainment, or in the case of marginal/ized subjects such as prison or asylum inmates, have curative, liberating and integrating roles.

The organizers welcome proposals from all disciplines (language and literature, cultural studies, history, sociology, visual studies...) which address the modalities and roles of, and the motivations accounting for, these popular forms and practices of reading and writing and we encourage a variety of critical approaches that will highlight the polysemy of the term “popular”. The following aspects, themes and fields, not merely in isolation but also in their interdependence and various interactions, could be dealt with (but the list is by no means restrictive):

Please send a 300-500-word abstract (for a 25-minute presentation) with a short bio-bibliography to Françoise Dupeyron-Lafay and Fabienne Moine: dupeyron@u-pec.fr, fabienne.moine@u-pec.fr

Publication: A selection of peer-reviewed articles will be published in Cahiers Victoriens et Edouardiens (CVE).

Languages of the Conference: English and French

Rose, Jonathan. The Intellectual Life of the British Working Classes. Newhaven: Yale UP, 2001.