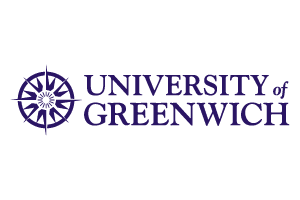 Rhoda Broughton And Her Contemporaries

A conference to commemorate the centenary of Rhoda Broughton’s death

Hosted by the VPFA and co-organised with Dr Graziella Stringos

Rhoda Broughton (1840-1920) was considered one of the queens of the circulating library in Victorian England. Broughton is the author of more than twenty novels and a collection of short stories, the latter featuring supernatural and mysterious elements. Her first two novels, Cometh up as a Flower and Not Wisely but too Well, earned her the reputation of a sensation writer; they were followed by other works containing sensational elements and subject-matter, and featuring rebellious, impetuous, passionate but often naïve heroines. She later resorted to one-volume novels in which she revealed skill and depth. These gems include A Beginner, Lavinia and Mamma. Constant staples of her writing are her wit, her humour and her observant eye.

This centenary conference aims to assess the significance of Broughton’s literary career, covering from the late Victorian period to the Modernist era. It seeks to underline her influence on her contemporaries and on subsequent writers. It also encourages the evaluation of the variety of subgenres that she experimented with, including, sensation fiction, domestic fiction and the New Woman novel, so that her idiosyncratic style of writing and her contribution to Victorian and twentieth-century literature can be further highlighted. The conference also welcomes comparative studies.

Please send proposals for 20-minute papers on topics that might include, but are in no way limited to, the following:

Please send proposals of not more than 300 words and a 100-word biography in Word format to Dr Graziella Stringos at graziella.stringos@um.edu.mt by no later than Friday 24th April 2020.

Tagged as: 2020cfpLondonUniversity of Greenwich