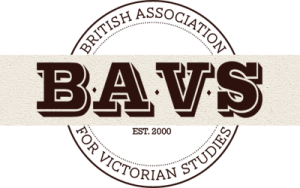 Women and Humour in the Long Nineteenth Century

Wit is a prominent feature of nineteenth-century culture that encompasses genres from satire to nonsense. Well-known examples range from Dickens’s humorous sketches to joke pages in magazines, and from political cartoons in the tradition of Cruikshank and Gillray to music hall routines. Women’s participation in these discourses, however, still goes underacknowledged or even completely unrecognised. This reﬂects on cultural attitudes of the present day as well as the nineteenth century. While feminist comedy is now a genre in its own right, the question ‘Can women be funny?’ is still regularly posed. In popular imagination of the nineteenth century, women are the subjects of humour rather than humourists themselves. The centenary of the 1918 Representation of the People Act brought back into the public eye many contemporary cartoons ridiculing the suﬀragettes, and the strikingly similar earlier satires on the New Woman.

This interdisciplinary conference is interested in women’s active participation in humour and comedy in the long nineteenth century, as comic writers, artists, and performers. The organizers seek to address the reasons for the perceived absence of women from comic discourse, whether because their work was not recognised as humorous, because they issued it under male pseudonyms, or because they encountered resistance from a cultural establishment that regarded comedy as a male domain.

Participants may want to address topics including:

The organizers welcome papers on individual female humourists which may include, but are not limited to:

Please send 300 word abstracts to the conference email address (womenandhumour@gmail.com). If you are submitting a proposal for a panel, please include an abstract for each paper (up to 300 words each).