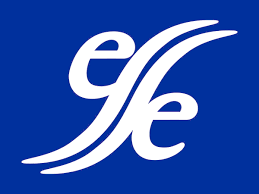 15th European Society for the Study of English Conference

Seminars sponsored by the Dickens Society

The 150th anniversary of Dickens’s death in 2020 offers a powerful impetus to revisit, reimagine and reinterpret the author’s relationship with legacy in his works, and the ways that legacy has been realised in heritage, literature, and new media. This series of panels will explore Dickens’s heirs and heirlooms from a diverse range of perspectives. From the symbolic lost ship of Dombey and Son, the Son and Heir, to its mirroring in Dickens’s use of the phrase to describe his eldest son Charley in his letters, heirs and heirlooms haunt Dickens’s texts and legacy in surprising ways that complicate the boundaries between life and works, and life and afterlife.

The dead’s legacy exercises its influence on the living as elusive wills, secret codicils and undecipherable echoes haunt the Dickensian text and shape the fates of the unknowing characters: what was repressed for decades eventually re-emerges to the surface, enacting what Freud will later identify as the return of the repressed. The living remain haunted by their lost ones and lost selves who are “recalled to life,” be it as ghosts (Marley in A Christmas Carol, the former Lady Dedlock in Bleak House, Redlaw in “The Haunted Man”) or reincarnated in symbolic doubles (Clara Copperfield as Dora Spenlow in David Copperfield, Esther Summerson as Honoria Barbary in Bleak House).

Heirs may also be granted a new lease on life through the Dickensian afterlife, which has become a subcategory of the thriving Neo-Victorian production. Transposed in new contexts, famous characters such as Miss Havisham (Carol Ann Duffy, Jasper Fforde, Roe) or Magwitch (Peter Carey) serve as triggers to address contemporary issues on gender, postcolonial identity formation or intergenerational trauma. Yet they also preserve something of their Dickensian origin, which testifies to the abiding persistence of the past in the present. Because Dickens was attracted to the occult and the supernatural, as witnessed by his practice of mesmerism and hypnotism, his legacy is conveyed through the immaterial and the intangible. So the Dickensian afterlife may ultimately be apprehended through such phenomena as possession and obsession, which also partake of the reading experience.

Papers are invited on topics including (but not limited to):

More details can be found on the Dickens Society website http://dickenssociety.org/?page_id=734, and the official conference website: http://www.esse2020lyon.fr/en/pages/esse-2020-home