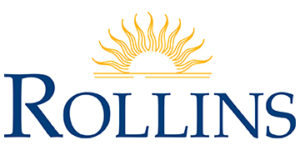 Dramatizing Fiction and the News on the Victorian Stage

Many theatrical melodramas in the Victorian period (1837-1901) were based on popular contemporary novels by the likes of Charles Dickens, Wilkie Collins, Mary Elizabeth Braddon, and Ellen Wood, some appearing with invented endings even before a novel’s serialization had concluded, resolutions which did not always meet with audience approval. Others took inspiration from widely reported news stories of rescues, crime and murder, and tragic love affairs, enacting the pathos of heroism and tragedy to a public already aware of factual and sensationalized narratives from the press, periodicals, or penny dreadfuls. These included such melodramas as Edward Stirling’s Grace Darling; or, The Wreck at Sea (1838), based on Grace Darling’s recent rescue of survivors from the wreck of Forfarshire off the Farne Islands, The String of Pearls; or, The Fiend of Fleet Street (1847) by George Dibdin Pitt that claimed to be based on the “actual” story of murderous barber Sweeney Todd, and Edmund Falconer’s Woman; or, Love Against the World, inspired by the Yelverton Marriage case (1861).

Papers focusing on certain or several melodramas within this period should consider how Victorian melodrama as a genre was uniquely able to interact with or respond to print genres, influence public opinion, reinforce long-standing moral perspectives against calls for change, or positively advocate for reform by pointing out injustices. Abstracts of no more than 250 words for a paper 15 minutes in length should include each panelist’s paper title, author’s name, institutional affiliation, status, postal address and email address at top left. Email to Lydia Craig at lcraig1@luc.edu by the deadline: November 2, 2019.

Ian Duncan, Human Forms: The Novel in the Age of Evolution →