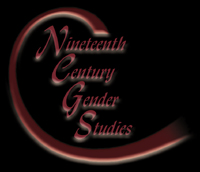 Victorian Literature in the Age of #MeToo

This special issue considers how the #MeToo movement might affect the way we teach and write about Victorian Literature. In October 2017, #MeToo went viral on social media. Prompted by actress Alyssa Milano, thousands of women used the hashtag to identify themselves as victims of sexual harassment and/or sexual assault and to make visible the prevalence of such crimes against women. Posting #MeToo was quickly regarded as an act of feminist collectivity and resistance. Although the hashtag circulated rapidly in 2017, the phrase #MeToo was coined eleven years earlier by activist Tarana Burke, who used it on the then-popular social media platform MySpace. Burke, like the women who followed her, used the hashtag to draw attention to widespread sexual violence against women. In 2017, #MeToo was immediately associated with prominent white celebrities like Alyssa Milano, Ashley Judd, and Jennifer Lawrence; for many, this became yet another instance of a “white feminism” that both relies upon and elides the work of women of color. While #MeToo promised female alliance, it presaged divisions within the feminist collective and reinforced the need for intersectionality; it also emphasized the importance of accountability. In the wake of the movement, numerous public figures were “outed” as perpetrators of sexual harassment and assault, and the collective social response was a demand for consequences and for change. One of the key questions that emerged among these calls for change was whether or not we should reject the work of writers, artists, and musicians accused of sexual harassment and assault.

Although the Victorians would not have labeled it as such, the prevalence of sexual assault and harassment in the period has been widely documented. Many nineteenth-century laws instituted forms of sexual violence and gender discrimination in the period. Indeed, as recently as February 2019, a letter was discovered proving that the celebrated Victorian novelist Charles Dickens had tried to dispose of his wife by having her institutionalized. The cultural products of the period reflect and reinforce the institutionalization of sexual violence and gender discrimination. For decades, feminist scholars have been identifying and analyzing scenes of sexual assault and harassment in Victorian imaginative literature. In the age of #MeToo, it is no longer tenable to simply cast such actions or literary scenes as products of a different time. Instead, this special issue will suggest, we can use the momentum from #MeToo to reconceive how students and scholars might think critically about such issues in highly contextual and specific ways.

We encourage potential contributors to consider questions like the following: Can discussing depictions of unwanted sexual attention in Victorian fiction be a way to make the era’s literature more relevant to students today? Given that the language of Victorian literature itself is perceived as “difficult” by students, how can we help our students identify instances of sexual violence and victimization in Victorian literature—and what is the value in this exercise? How might post-colonial theory and critical race theory prompt students to think about the importance of race and cultural difference to discussions of gender and sexual violence? What can the ongoing conversation about intersectionality teach us about the early women’s rights movement? What are the benefits and limitations of re-framing Victorian culture as “Victorian rape culture”? There are many instances of women being forced to do things against their consent in nineteenth-century fiction, poetry, and drama: how do we get students to read these instances not dismissively as something outdated but as part of the genealogy of rape culture which they inherit? What are the benefits and limitations of teaching Victorian male writers now recognized as perpetrators of sexual harassment or violence? How do different modes and genres of Victorian literature, including Neo-Victorian fiction, provide different opportunities for identifying and analyzing instances of sexual harassment, assault, and rape as part of a larger spectrum of behaviors that stem from patriarchal entitlement? How do classroom technologies, multi-modal texts, archival digitization, and the Digital Humanities more broadly, make new opportunities for critical interpretation and pedagogy in the age of #MeToo? What in Victorian culture, history and literature is made newly visible because of 21st-century technologies? Finally, how does the #MeToo movement intensify debates over trigger warnings?

Completed essays should be between 5,000-8000 words and should be formatted according to MLA guidelines. The deadline for submissions is January 15, 2020. Please include a one-page C.V. with submission. Inquiries and submissions should be sent to the special issue editors: Lana Dalley (ldalley@fullerton.edu) and Kellie Holzer (kholzer@vwu.edu).

Sharon Marcus, The Drama of Celebrity →