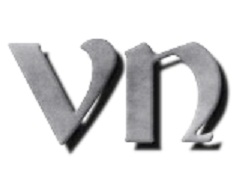 Victorian Network is an open-access, MLA-indexed, peer-reviewed journal dedicated to publishing and promoting the best work across the broad field of Victorian Studies by postgraduate students and early career academics. We are delighted to announce that our thirteenth issue (Winter 2019) will be guest edited by Professor Kate Flint on the theme of "Victorian Visions".

In the course of the long nineteenth century, advances in technology, developments in medicine and psychology, and corresponding innovation in the arts and literature, participated in a re-conceptualisation of sight. The advent of mass production by way of print, photography, optical apparatus and toys (such as panoramas, kaleidoscopes, and finally moving pictures), introduced the visual as a more pervasive and accessible feature of daily life. At the same time, dreams, daydreams, hallucinations, and mesmeric visions garnered scientific attention. The arts and literature, as well as the disciplines of clinical medicine and psychology, became preoccupied with the possibilities and limitations of seeing, of making visible, and of visual representation.

In recent years, a rapidly expanding field of Victorian studies has increasingly drawn attention to the diverse ways in which vision, visuality, and seeing – in both their optical and imaginative meanings – shaped the cultural and social landscape of the long nineteenth century. Scholars including Kate Flint, Christopher Otter, Daryl Ogden, Jonathan Potter, and Srdjan Smajić have investigated how vision, in its myriad interpretations, functioned in the lives of the Victorians. Their work has contributed to discourses on sight and blindness, on gendered visions and the politics of the gaze, as well as political and ideological visions. All highlight the manifold points of contact between visuality, the visual arts, and literature.

Thinking about 'Victorian Visions’ thus invites us to move beyond the obvious, to focus on how visuality engages with our senses, and to look at the complex intellectual and philosophical significations that new-found attitudes towards optics and visuality generated.

Submissions of approximately 7,000 words on any aspect of the theme in Victorian literature and culture are invited. Possible topics include, but are by no means limited to:

Victorian Network is also looking for book reviewers to reflect on recent scholarship relating to the theme of ‘Victorian Visions’. If you are interested in reviewing a book for our forthcoming issue, please contact Victorian Network with your status/job, affiliation, research interests, and (if you have any) ideas of books you would like to review in connection to the theme.