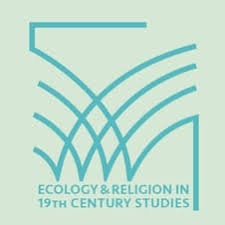 Theme and Mission:
This flightless, multi-site conference invites interdisciplinary attention to confluences between environmental and religious perspectives and practices in the long Anglophone nineteenth century (1780-1900). Since that century, anthropogenic climate change has rapidly accelerated, and in response to this legacy we will avoid air travel by digitally connecting events at several conference sites in the United States and the United Kingdom. In addition, this method of networking, by lowering barriers of cost and transportation, promises to enable a more diverse and inclusive range of participation than is often possible at international conferences.

Two important "turns" have occurred in the humanities and social sciences since roughly the mid-1990s: an "environmental turn" in literary and cultural studies; and the "religious turn," a new openness to serious analysis of religion. Yet the environmental and religious turns have not entered into sustained, far-reaching, mutually transformative conversation. This is striking in nineteenth-century literary studies, given its focus on a period in which religious and environmental concerns are often inseparable. Without questioning the need for multilingual and global frameworks of analysis, this conference highlights intersections between forms of religion, literature, and environmental and ecological consciousness in the nineteenth-century English-speaking world. This subject demands an interdisciplinary perspective, and we encourage contributions by scholars from beyond literary studies. We are interested in connections between ecology and religion in multiple mediums and in every sort of text, whether historical, literary, anthropological, political, religious, cultural, scientific, or medical.

For example, we would welcome presentations on the theological and ecological dimensions of poetry and poetic practice; yet just as welcome would be examinations of the theological assumptions and religious images in emergent scientific writing on ecology, including broader representations of the economy of nature. Any inquiry into the environmental dimensions of nineteenth-century religious culture would be of interest. How were early conceptions of animal rights informed by theological convictions? How might working-class protests of laissez-faire political economy rely on theologies of creation? What environmental anxieties surface in apocalyptic preaching and literature? How are religious ways of narrating and marking time impacted by accounts of deep time in the natural sciences? Are forms of environmental awareness discernible in religious burial practices and views of the body's degradability? What roles do theology and religious community play in nineteenth-century experiments with urban green spaces, conservation, renewable alternatives to fossil fuels, sustainable and small-scale agriculture, reduced consumption, and nature tourism? How are colonial religious ecologies articulated in critical dialogue with metropolitan ones? Whether through these or many other potential lines of inquiry, we encourage attention to the blind spots and contradictions, as much as the insights and consistencies, of ecological and religious perspectives and practices.

Air travel for an international scholarly conference of 300 to 375 people generates approximately 100 metric tons (mT) of carbon dioxide equivalents (estimated using TerraPass online event calculator). That is twenty-five times the world average for an individual's annual carbon footprint (4 mT). Some scholars and organizations have recently responded to this situation by running entirely web-based conferences and symposia. Such efforts laudably redress the contradiction between espousing concern over climate change and continuing to organize events that contribute to the crisis. Yet, in our view, fully virtual conferencing cannot replicate the wide-ranging interaction experienced at physical gatherings. Rather than seeking to replace physical with digital conferences, then, we suggest that single-site international conferences could be held less frequently if we were to alternate them with multi-site, digitally linked conferencing.

This conference will therefore take place at two main linked locations, or “hubs”: the Armstrong Browning Library (ABL) at Baylor University, in the United States, and Lancaster University in the United Kingdom. Both hubs will welcome proposals for panels and papers. Two "satellite" locations in the U.S. will hold special digitally connected sessions and involve more intimate scholarly gatherings, but will not solicit paper proposals. These satellites will be at the University of Washington (Seattle) and Georgetown University (Washington, D.C.). Three "key-note" events will be streamed between all four conference sites. Physical participation will be restricted to those able to reach the hubs and satellites by car or public transport (within 400-500 miles). For those who are beyond the permitted range for travel or who face other logistical obstacles, we will consider requests for digital participation on panels hosted at the Armstrong Browning Library (ABL). We will complement this more sustainable mode of conferencing with introductions to local initiatives in environmental responsibility at the two conference hubs.

Events will be live-streamed on a shared conference website, where, after the conference dates, they will also be recorded for future access. In all of this, we will build upon a previous experiment in semi-virtual conferencing between the ABL and the University of Strathclyde, Rhyme and Reform (Oct. 4-5, 2018), many of the results of which can be seen on the website for
that symposium.

Our attention to the Anglophone nineteenth century recognizes the strengths of the Armstrong Browning Library (ABL), a world-renowned research center and rare-collections library dedicated to the study of the Brownings and nineteenth-century literary culture more broadly, with strong British and North American collections. The ABL is in a region marked by a conflicted and ongoing history with fossil fuel, and by ecologically and theologically informed experiments in sustainable energy and organic urban gardening among groups such as Mission Waco's Urban REAP. The dual setting of the conference also registers Lancaster University's strengths in the study of religion, literature, and ecology, especially in relation to nineteenth-century studies, the Ruskin Centre for Culture, Landscape and the Environment, and the Lancaster Environment Centre, whose commitment to local and national sustainability is widely celebrated. Both Baylor and Lancaster offer ideal spaces in which to address the nineteenth-century Anglophone world and highlight the decisive impacts of its industrial, religious, and literary forms upon the nature and representation of the Anthropocene in our time.

Proposals
Proposals for panels (90 minutes) should
• be no longer than 1,000 words total
• contain no more than three panelists, each presenting for no more than 20 minutes
• include summaries of the panel focus and of each paper's argument
• include a one-page CV for each panelist listing primary publications and research
achievements
• specify the location the panelists hope to attend, the ABL or Lancaster
• if the panel is intended for the ABL, specify whether panelists wish to participate
digitally (we prefer that some panelists be physically present for every panel, so fully
digital panels will require special consideration)

Individual paper proposals (20 minutes) should
• contain a paper description of 300-500 words
• include a one-page CV with primary publications and research achievements
• specify the location the panelist hopes to attend, the ABL or Lancaster
• if the panelist wishes to contribute to the panels at the ABL, specify whether the panelist
envisions site-based or digital participation

Email proposals and/or questions to: ablconferences@baylor.edu

Topics
Proposals might address, but are not limited to, topics such as the following:
• theological dimensions of early environmental and nature writing, broadly defined—travel guides, natural histories, protest letters to newspapers, etc.
• intersections between theology, ecology, and poetics (e.g., in Gerard Manley Hopkins and Christina Rossetti, but also poets whose work is less often recognized for such intersections)
• religion and environmental consciousness in medical science and practice
• theological qualities and religious images in emergent ecological science and ecological theory, including broader theories and representations of the economy of nature
• colonial religious ecologies, especially those articulated in critical and constructive dialogue with metropolitan discourses and practices
• theology and/or religious practice and emergent conceptions of animal rights (e.g., antivivisection writing and movements)
• gender, religion, and environmental consciousness
• environmentalism, and environmental destruction, among religious missions and missionaries
• environmental implications of comparative religious study and interfaith dialogue
• cosmopolitanism, religion, and environmental consciousness
• religious language and theologies of creation in working-class literature protesting laissez-faire industrial political economy and its environmental devastations (e.g., as in some Chartist hymns)
• theology, religious practice, and scientific exploration and expeditions
• environmental consciousness in apocalyptic preaching and literature
• religious and theological ways of conceiving, narrating, and marking time, whether more immediate and observable natural seasons and cycles, or visions of deep time emerging in the natural sciences
• the ecological implications of nineteenth-century liturgy and liturgical movements, such as Anglo-Catholic ritualism
• environmental consciousness in religious burial practices and views of the body's degradability
• religiously informed urban ecologies, such as debates over, and experiments in sanitation, park planning, and housing projects
• religious and theological aspects of debates over fossil fuels and renewable sources of energy (such as water, wind, and sun)—as in Ruskin's assaults on coal-based industrial capitalism
• religiously inspired experiments in agriculture, land use, and protests for common access to and use of land and natural environments (e.g., natural theologies informing Chartist Land Plan agitation, Octavia Hill and the Commons Preservation Society, John Ruskin's visions for sustainable farming through the Guild of St. George)
• religious understandings of food, eating, and fasting
• religious and theological dimensions of early nature tourism
• theology and conservation (e.g., Canon Hardwicke Rawnsley and the National Trust)
• environmental concerns in nineteenth-century ecclesiastical architecture and architectural literature, such as championship of the Gothic
• the environmental issues involved in nineteenth-century religious publishing and communication networks, both in terms of ecological waste (e.g., from massive expansion in production and distribution of religious literature) and of experiments in sustainable publishing (e.g., hand-crafts publishing methods pioneered by students of Ruskin's theologically informed vision of
sustainable economy)