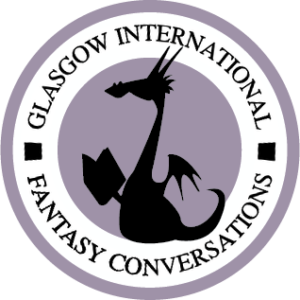 What is the role of fantasy and the fantastic? Why—and perhaps more crucially, how—does the genre matter? Fantasy theorists frequently define the genre in opposition to what is possible and real: Kathryn Hume, for instance, sums it up in Fantasy and Mimesis as “departures from consensus reality.” Critics often scrutinize this departure as a negative, and disparage representations of the fantastic either due to their failure to depict real world issues or their presumed attempts at “escapism.” This perceived link between fantasy and escapism is so strong that dictionaries like the Oxford English Dictionary define escapism as “engaging in fantasy”.

Despite this association, a growing body of evidence asserts both that escapism can be healthy and that the fantastic can influence how its consumers perceive real world issues even when their representations are deemed problematic. For example, though readers and scholars have criticized the portrayal of minority groups in J. K. Rowling’s Harry Potter series, studies suggest that people who read the series are more accepting of stigmatised groups and more likely to vote for political candidates whose policies support these groups. And while some critics view the creation of fictional Secondary Worlds as a troubling detachment from reality, creativity scholars have drawn links between creating imaginary worlds as a child and high achievement in artistic and scientific fields later in life. Escapism is perhaps not as escapist as it was previously perceived to be, and even when it is, it can have a positive impact. The “escapism accusation” is being flipped on its head, with texts as disparate as Diana Wynne Jones’s Fire and Hemlock and Buffy the Vampire Slayer’s “Normal Again” presenting the rejection of the fantastic in favour of “reality” as the dangerous escapist behaviour. The traditional dynamic between escapism and the fantastic is constantly being changed and renegotiated.

This two-day symposium seeks to examine and honour the relationship between escapism and the fantastic. The organisers welcome proposals for papers on this theme from researchers and practitioners working in the field of fantasy and the fantastic across all media, whether within the academy or beyond it. They are particularly interested in submissions from postgraduate and early career researchers. Workshops in creative writing will be offered for those interested in exploring the creative process. Suggested topics include, but are not limited to, the following:

Please submit 300-word abstracts for 20-minute papers, as well as creative presentations that go beyond the traditional academic paper. Along with your abstract, please include a 100-word biography. These should be submitted as separate editable documents (not PDF) to submissions.gifconference@gmail.com by 15 January 2018.

Tagged as: 2018cfpconferencefantasyGIFCONpanelsymposiumUKuniversity of glasgow