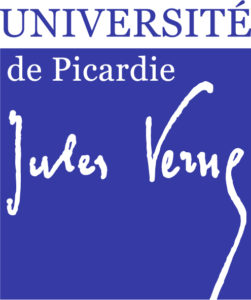 This one-day conference will investigate the relationships between women and parody in the British Isles. It is organized by the research team CORPUS (EA 4295) at the University of Picardy and will be held at the Logis du Roy (Amiens, France) on Friday 6 July 2018.

Parody, a simultaneous act of revival and revision, is double-coded. Imitating the original work implies familiarity with the original work and includes reactivation and renewal. The parodic ethos is partly "respectful or deferential" (Linda Hutcheon) and imitation has a large part to play in literary apprenticeship, yet repetition with an element of transformation can also have comical, satirical and distancing effects. The historical distance between the parodist and the imitated text takes on a reflexive and critical form when the work is revisited with a view to question or comment. In "claiming and appropriating" other texts (Julia Kristeva), the parodist situates himself or herself in relation to the original author. The purpose of this conference is to investigate the part played by gender in this positioning.

Women scholars are well-represented among theorists and analysts of parody, but the engagement of women authors with parody has been neglected. However, the British literary tradition includes many highly respected – and parodiable – female authors while, for many women, writing has meant "revision (...) an act of survival" (Adrienne Rich). Women’s writing has indeed often been judged secondary in intention, scope and even literary value. So, how can women’s engagement with parody be read? Does the under-representation of women writers in anthologies of parody, both as parodied authors and as parodists, reflect the masculine domination and appreciation of the Western literary canon? Do cases of conscious cross-gender parody work to denounce clichés of femininity and masculinity, thus destabilizing gender (Judith Butler)? What is at stake in women’s parodies of each other? An anxiety of influence? Rivalry? Differing perceptions of what femininity is? Can the question of female parodies be historicized?

Possible topics include but are not limited to:

Please send proposals (300 words) for 20-minute papers with a title and a short bio- bibliographic note to Nathalie Saudo-Welby (nathalie.saudo@u-picardie.fr) by December 17, 2017. The organisers will consider papers on parodies that are both literary and visual: fiction, poetry, drama, graphic novels as well as other media and the history of publishing.