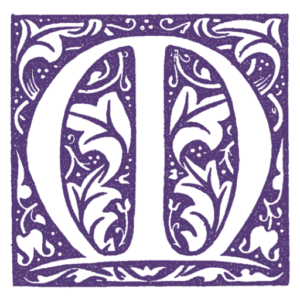 Participants in MVSA seminars will write 5-7 page papers that will be pre-circulated to the other participants prior to the conference. During the seminars, the seminar leader and participants will identify important points of intersection and divergence among the papers and identify future areas of inquiry and collaboration. The seminar format allows a larger number of scholars to participate in MVSA and to seek financial support from their respective institutions to attend the conference and discuss a shared area of scholarly interest. Seminars are limited to 12 participants. All seminar proposals should be submitted via e-mail by October 31, 2017.  (See descriptions below for details.)

The Victorian era witnessed watershed medical discoveries such as the advent of surgical anesthesia in the 1840s, the gradual acceptance of the germ theory of disease from the 1850s-1880s, and the widespread use of experimental research in medicine during the latter half of the nineteenth century. Despite these medical advances, however, nineteenth-century Britons and Americans turned in great numbers to alternative health care and faith-healing practices such as mesmerism, spiritualism, homeopathy, Christian Science, and New Thought. This seminar will explore alternative, occult, and faith-healing practices such as these in Victorian literature and life. Participants will discuss why these alternative health-care practices appealed to large numbers of people and how they catered to followers who felt dissatisfied with mainstream medicine. Participants will also interrogate these alternative healing movements’ fraught relationships with the science of their day. Movements such as Christian Science and spiritualism, for instance, frequently co-opted the language of science while undermining the materialist orientation of mainstream medical research. They also provided faith-based treatment alternatives for those who felt that medicine, particularly experimental physiology, challenged the role of God, the soul, or the individual will in modern life. Finally, participants will discuss intersections between gender and alternative health care – for instance, why so many of the movements mentioned above appealed largely to women. The seminar welcomes papers on any aspect of alternative health care in the Victorian era, and on literary works or genres that explore such alternative treatments. Send a 300-word abstract and 1-page CV (both as Word documents) by October 31, 2017, to Anne Stiles at anne.stiles@slu.edu.

The nineteenth century represented a pioneering moment in the history of environmental regulation, and the British occupied a central place in this history. Industrialization and imperial expansion subjected Britons to a range of new types of physical milieus while simultaneously generating an unprecedented assault upon the natural world. This context of environmental upheaval produced some of the earliest public health, anti-pollution, and conservationist policies, and concerns about “health” – whether that of the individual, society, the nation, or the empire – were foundational both to the conceptualization and the implementation of these local, national, and imperial government programs. This seminar seeks to explore the relationship between the Victorians’ ideas about health and the environment, and the types of environmental policies and practices these ideas generated. Questions to be examined might include: How did nineteenth-century Britons conceptualize the relationship between health and environment? How were these ideas shaped by contemporary doctrines of religion, medicine, science, or political economy? What was the place of ethics in Victorian thinking about health and environment? Whose health was worthy of protection and preservation? Was the environment something to be conquered or to be lived with harmoniously? Did the Victorians postulate universal laws about the relationship between humans and the environment, or were these responsive to movements between built milieus or climates? Finally, did the Victorians’ ideas about these questions remain static for most of the century or did they evolve over time (and if so, what facilitated this evolution)? Send a 300-word abstract and 1-page vita (both as Word documents) by October 31, 2017, to Christopher Ferguson at cjf0006@auburn.edu .

In 1844, Friedrich Engels provided the following description of consumption in the working class, calling its victims “pale, lank, narrow-chested, hollow-eyed ghosts” with “languid, flabby faces, incapable of the slightest energetic expression.” Yet just a few years later, in 1849, Charlotte Brontë provided a very different portrayal stating, “Consumption, I am aware, is a flattering malady.” How is it possible for beautiful consumptives and hollow-eyed ghosts co-exist? This seminar seeks participants for an interdisciplinary discussion of the various representations of health and disease in the Victorian period. This seminar welcomes scholars interested in examining topics such as the role of gender, class, morality, and the environment in the understandings and representations of health and illness during the nineteenth century. Send a 300-word abstract and 1-page vita (both as Word documents) by October 31, 2017, to Carolyn Day at carolyn.day@furman.edu.

The Midwest Victorian Studies Association is an interdisciplinary organization welcoming scholars from all disciplines who share an interest in nineteenth-century British history, literature, and culture. For more information, please visit www.midwestvictorian.org.