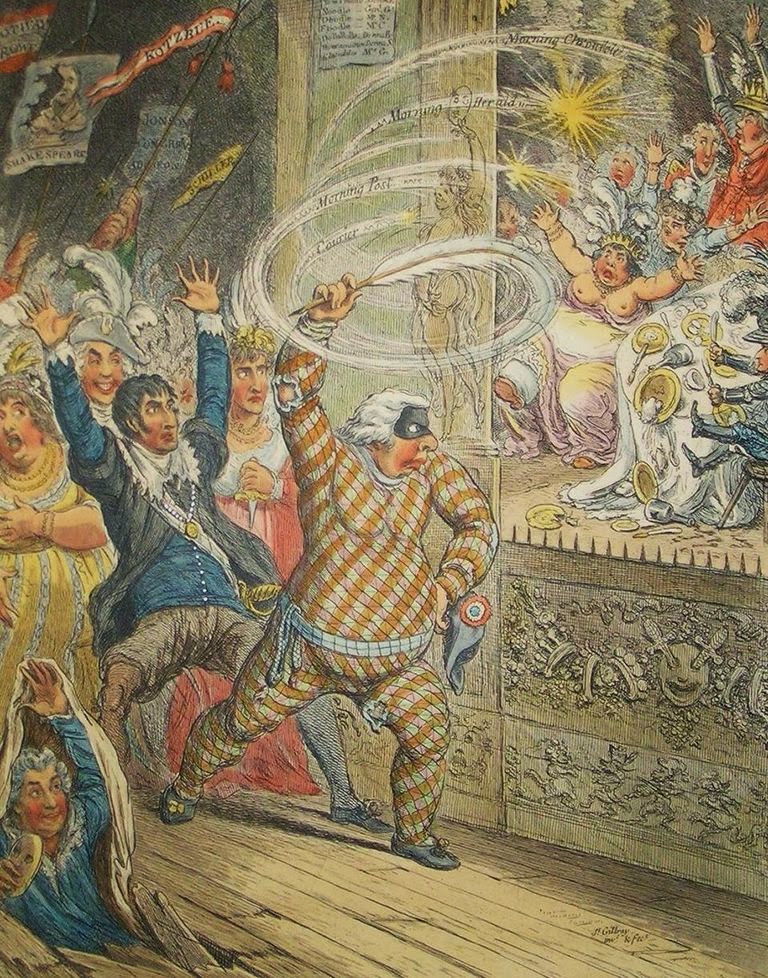 This conference is inspired by the Pic Nic Society, arguably the first amateur dramatic society in England. This group, which performed in the Tottenham Street Theatre, London, only survived for a few years at the turn of the nineteenth century; it was motivated by a desire for cooperative endeavour, mutual pleasure, and a fair amount of elitism. Although in British English a picnic is now usually an informal meal eaten out of doors, it used to mean something like a potluck supper in American English, that is, a meal to which everyone brings a dish.  The Pic Nic journal explained in 1803, ‘The title of Pic Nic, given to this Paper, is used in the sense applied to it by a neighbouring Nation, signifying a Repast supplied by Contribution; and to this Miscellany all persons of genius and talent are invited to contribute.” It was ridiculed for a variety of reasons, as depicted in James Gillray’s famous etching, “Blowing up the Pic Nics.”

This conference will showcase the results of two RAPPT projects currently underway: 1) a collaboratively curated digital archive of the Pic Nic Society, which will serve as a digital dramaturgy site for 2) an amateur production of one of the plays that members of the society performed at the Tottenham Street Theatre. The committee’s goal is to situate this research into conversations about the economies of non-professional performance across periods and locations. In drafty church halls and lavish ballrooms, on board ships, in parlours and in purpose built spaces, lovers of the performing arts have long collaborated creatively without the sanction of academic or professional recognition. Yet not-for-profit performance still has a cost. The extravagance of the Earl of Barrymore’s theatricals at Wargrave practically bankrupted him and, as the Pic Nic controversy demonstrates, the fashion for private performance was, at the very least, perceived as a financial threat to London’s patent theaters.

← Attention: Op-Ed “The Erosion of Faculty Rights” in Chronicle of Higher Ed