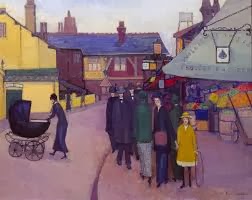 Registration Open
University of Liverpool
April 10-11, 2014
“Edwardian Premonitions and Echoes”
History is not like a bus-line on which the vehicle changes all its passengers and crew whenever it gets to the point marking its terminus. Nevertheless, if there are dates that are more than conveniences for the purposes of periodisation, August 1914 is one of them. Eric Hobsbawm, The Age of Empire.
At the centenary of the outbreak of the First World War, how useful is it to think about the Edwardian era as ending decisively in 1914? Indeed, how helpful have conventional boundaries of periodisation been in our understanding of late-nineteenth and early-twentieth century British culture? Rather than viewing ‘the Edwardian’ as a fixed and isolated historic moment, this conference seeks to open up new ways of thinking about the premonitions and echoes of the Edwardian age. Just as the 1880s and 1890s can be interpreted as ‘proto-Edwardian’, so too the Edwardians can be seen to have anticipated many issues and debates of the present day, from coalition governments to trade unions, immigration acts to women’s rights.
The committee invites papers on any aspect of British culture, based on varied temporal definitions of the ‘Edwardian period’.  Topics may include, but are not limited to, the following:
“Edwardian Premonitions and Echoes” is the second annual conference of the Edwardian Culture Network.  The two-day conference will be hosted by the University of Liverpool on April 10th-11th 2014. For more about the conference and the Edwardian Culture Network, see www.edwardianculture.com