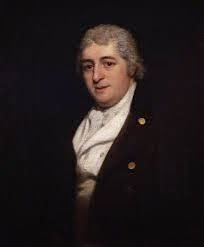 University of Notre Dame London Centre
British Society for Eighteenth-Century Studies
1 Suffolk Street, London, England
November 28-29, 2014
Deadline: May 26, 2014
CFP: "Charles Dibdin and his World"
2014 marks the 200th anniversary of the death of Charles Dibdin (1745-1814), perhaps the most versatile and talented actor, musician, playwright, and songwriter of the 18th and 19th centuries. Across his career Dibdin played the organ at St Bride’s in Fleet Street, collaborated with Isaac Bickerstaff on comic operas, acted at Drury Lane, Covent Garden and numerous other theatres throughout Britain, was director of music at Ranelagh Gardens, performed in blackface as Mungo in his opera The Padlock, translated French opera, opened his own theatre (twice), went to debtor’s prison, toured the country with a one man show, opened a publishing warehouse, wrote novels, memoirs, and a history of the English stage, published three music text books, and composed several thousand songs.

In addition, Dibdin’s sea songs were central to establishing the Royal Navy as the mainstay of British patriotism, in spite of mutiny, sedition, and the press-gang, playing a significant role in uniting a fractious nation after the upheavals of the 1790s. Charles’ private endeavours were also prolific. Family members included his daughter Ann Dibdin Dacre, a talented artist who provided illustrations for Dibdin’s Memoirs. His affair with the actress and dancer Harriet Pitt (1748?-1814) resulted in a daughter, and two sons: Charles Isaac Mungo Dibdin (1768-1833), who staged spectacular mock-sea battles in his aquatic theatre at Sadler’s Wells; and Thomas Dibdin (1771-1841), opera librettist, poet, composer and author of numerous theatre-pieces including Harlequin and Humpo, between them continuing their father’s legacy into the nineteenth century.

Such diverse careers touch on almost all aspects of musical and theatrical culture in the late Georgian period, and demand a truly interdisciplinary approach. The premise of this conference is that understanding the life and work of the Dibdin family necessitates a re-examination of the wider world of performance and literary culture of which they were so integral a part. To this end we invite proposals for papers in any discipline on any aspect of the life and work of Charles Dibdin and his family, or that illuminate the world of this subversive, patriotic, irascible, and glorious anarchic writer and performer.

The conference will be in a workshop format consisting of a series of roundtable discussions of pre-circulated papers. Dinner, accommodation, and a performance of Dibdin’s songs will be provided for all participants. Papers will be circulated by November 14, 2014.These will form the basis of a collection of essays placing Dibdin in his world, providing new ways to conceive of the relationships between legitimate and illegitimate theatre, elite and popular entertainment, and provincial and metropolitan performance.

This conference forms part of the ERC-funded project “Music in London, 1800-1851”, led by Professor Roger Parker, King’s College London, with support from the Institute for Scholarship in the Liberal Arts at the University of Notre Dame.