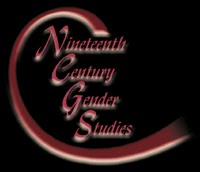 CFP: Special issue of Nineteenth-Century Gender Studies
“Gender and journalism: Women and/in the news in the nineteenth century”
Deadline: April 7, 2014
The recent surge in scholarly interest in the nineteenth-century periodical press, hand in hand with ambitious digitization projects allowing us ever-expanding access to primary materials, has increased our ability to analyse and discuss the dynamic parameters of women’s involvement with the industry.  As the nineteenth century dawned, women reporters were rarities, although celebrity journalists such as the poet and novelist Mary Robinson found a home in the daily press.  In the second half of the century, an increasing number of women found employment in the press often limited to the more or less cosy corners of journalism, particularly women’s pages, fashion and society columns, and the children’s corners of weekly and monthly periodicals.  By century’s end, a fully fledged women’s political press had emerged, and papers like the Women’s Penny Paper/Woman’s Journal devoted extensive space to reporting news of women’s advances.  Despite their long-persisting exclusion from the ‘masculine’ domain of news reporting (and limits on the social acceptability of their news reading), women had also been making, breaking, and shaping the news throughout the nineteenth century.
Barbara Onslow’s Women of the Press in the Nineteenth Century (2000) offered a significant early guide to the breadth of nineteenth-century women’s involvement with the periodical industry, and re-introduced many once-feted but long-forgotten names.  Subsequent studies have delved into the riches and many facets of that involvement; for example, Alexis Easley’s recent Literary Celebrity (2013) analyses the gendering of authorship and fame in the second half of the nineteenth century.  This special issue of Nineteenth-Century Gender Studies will concentrate on women as contributors to, consumers of, and subjects of the multi-faceted construction of news and news reporting across the nineteenth century.  The editors wish to preserve a focus on news production, as distinct from women’s more general involvement in magazine writing and the creation of miscellanies, but the editors welcome broad interpretations on ‘news production’.
Possible avenues for exploration might include:
Articles presenting international perspectives on women and/in the news are warmly welcomed.
Please send articles of 5-8,000 words to both the guest editors, by April 7, 2014 (earlier submission is encouraged). Please confine all identifying and contact information to a coversheet, for the purposes of double-blind reviewing.  Please also adhere to MLA style, and use endnotes rather than footnotes. Finally, please include a short (150 word) bio with your article submission.